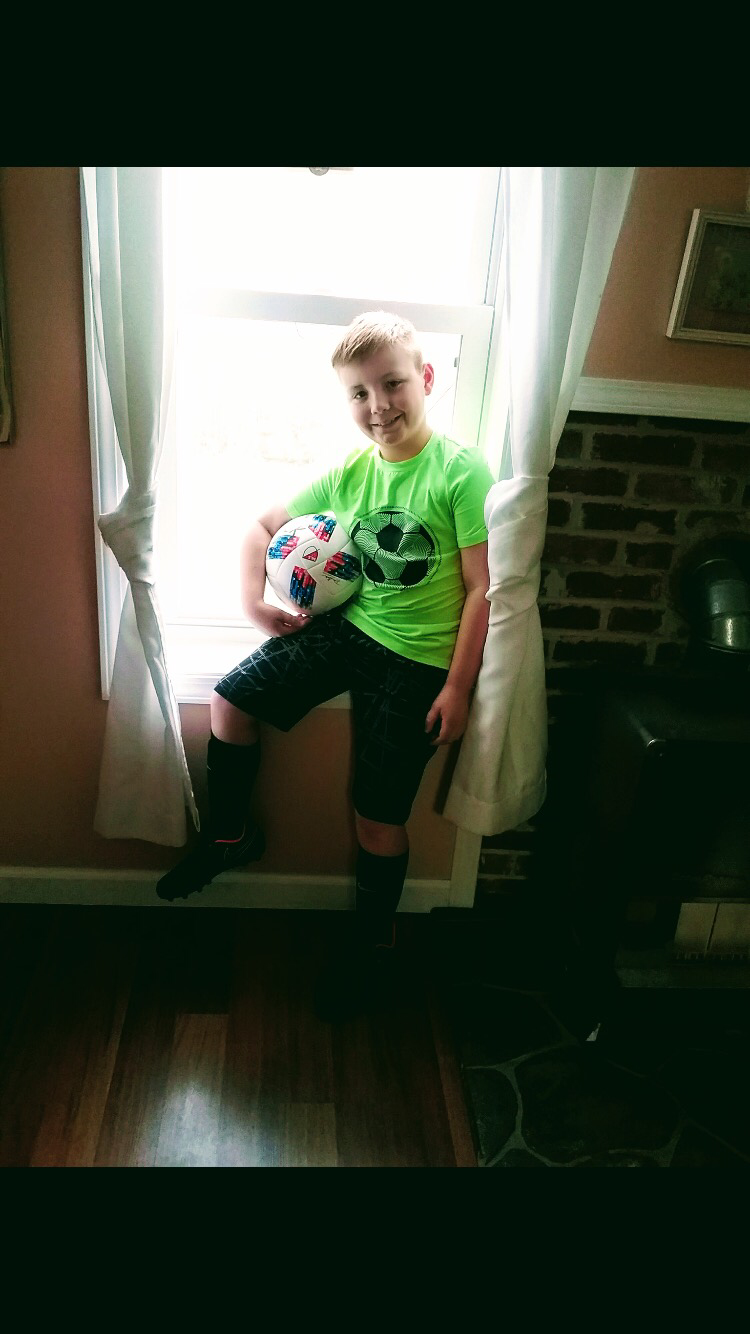 April 26, 2018 was a typical day for our family of four. Our eight year old son, Caleb and my four year old daughter, Maggie were excited because it was the first day of soccer practice. This was Caleb’s second season and Maggie’s first. The first practice was an hour long practice. Both children did well and Caleb continued to play with a friend after practice was over. At that point, our lives changed forever.
Caleb sat down and told my husband “Daddy, I can’t see, Daddy I can’t see”. At which point, he collapsed and began convulsing. I ran over to them and my husband and I began to perform CPR until EMS arrived 12 minutes later. It was too late. He suffered sudden cardiac arrest/death within minutes of experiencing his first symptoms. He was transported to the local emergency room while CPR was performed in the ambulance and continued in the ER. After 45 minutes of no heart activity, we agreed that he wasn’t coming back and held his hand while we said our final farewell.
We were shocked and confused by what had happened. Caleb had never exhibited any signs of a heart condition and passed all of his well exams with flying colors. He was very active and played as all eight year old boys do. The emergency room doctors and the county coroner could only speculate cardiac arrest but had no clue of the underlying cause. In the two months since his death, I have received numerous messages from other parents across the world that have been through this identical situation. I realized that this occurrence was not as rare as we thought it was. In the case of a fatal arrhythmia, an AED could restart the heart and save the patient. There is a very small window to use the machine, as more oxygen is restricted with each minute, and brain damage begins.
Our schools and gymnasiums are equipped with AED machines in wall mounts that are accessible during school hours. Unfortunately, our local soccer league held practice on the football field of a middle school and we had no access to the buildings. In fact, most local sports leagues have practice fields that have no building access. Here is where our mission to make a difference began. We started the foundation using all money given to our family from multiple groups, teams, families, schools, etc. It is our plan to have a portable AED with adult and pediatric electrode pads present at each and every practice from this point forward.
Our son was the most giving and caring person and would love nothing more than to help someone in need. We are honored that you have visited our site and if you could make a donation to our foundation. It will help us achieve our goal of protecting our children, coaches, and spectators in the event of a similar episode. The loss of a child is an indescribable pain that that no parent should ever suffer.
Much love to all,
Kristy and Ryan Ray
Donate